Message from the President

The community-based Edogawa University has quickly responded to computerization and globalization and aims to solve problems close at hand. 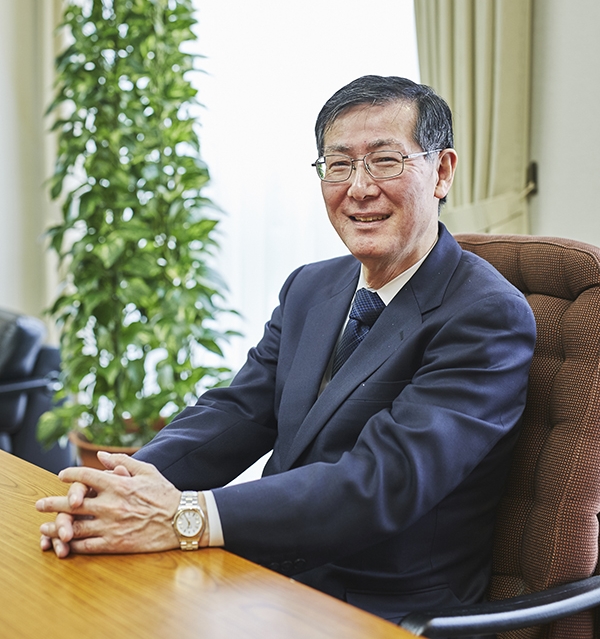 Edogawa University provides students with careful education based on education in small groups and that is in line with a student's career path.

Our careful education is for solving problems in our society such as sleep and well-being, communing with nature, conservation of natural environment and cultural heritage, town development, new business development, childcare issues, information technology and internationalization

In order to find solutions to these common problems surrounding us, information gathering and decision-making are essential in today's information society.

That is why we provide students with a lap top PC and try to enhance IT skills.

By the way, as we all know, we are in the age of globalization which is going on incessantly. In this modern world, English has become the official language. Therefore, our students are required to improve their English language skills.

Since the foundation, we have been running a three-week studying English program in New Zealand, as well as shorter programs in Singapore.
In addition, we have added a six-month study abroad program.

We also give students opportunities to try TOEIC and educate them individually.

Edogawa University has been advocating a community-based university and have a nursery school adjacent to the university to help resolve issues of child care in Nagareyama city.
We open our library to citizens and have public lectures with the expertise of our faculty.